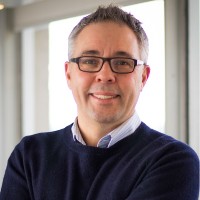 Dr. Johnson's research lies in the field of comparative and Asian politics, and concerns the politics of decentralization, democratic governance and human security, primarily in Thailand, India and, more recently, Bangladesh.

One major area of work for him concerns the long-term pattern...

Dr. Johnson's research lies in the field of comparative and Asian politics, and concerns the politics of decentralization, democratic governance and human security, primarily in Thailand, India and, more recently, Bangladesh.

One major area of work for him concerns the long-term patterns of migration, displacement and violence affecting the political and economic security of India’s religious minorities. A central aim of this research is to understand the factors affecting the participation and inclusion of religious (and primarily Muslim) minorities in India’s local democratic forums, the “panchayats”. He also led a three-year project (funded by SSHRC in 2009), which looked at the protection, accommodation and participation of India’s religious minorities in the panchayats.

A second area of interest concerns the institutional mechanisms by which international development assistance may strengthen the rights and entitlements of populations displaced by the impacts of climate change. At Oxford, he worked on the ways in which asset transfers, conditional cash transfers and other forms of social protection may facilitate pro-poor adaptation to climate change. He helped to design the second phase of the UK Department for International Development’s Chars Livelihoods Programme (www.clp-bangladesh.org), a 7-year program aimed at strengthening the livelihoods and reducing the vulnerability of very poor households to chronic flooding and long-term environmental change in the island “char” communities of central Bangladesh.

Finally, he takes a long-standing interest in the state of the art of development theory and practice. His book "Arresting Development" (Routledge, 2009) looks at the ways in which competing ideologies have shaped the construction of knowledge for development. A central theme concerns the rise and fall of the “grand” development theories of Marxism and dependency and the various intellectual traditions that have now entered the field. A central claim is that development has become very good at documenting the nuance and complexity of local development processes, but is now rather less good at connecting these “ground realities” to wider, historical trends and forces. This is due in large part to the (apparent) collapse of the Marxist paradigm (circa 2008!), the rise of postmodernism and the now dominant role of neo-classical theory in development theory and practice. To advance the debate, a case is made that development needs to re-capture a comparative and inductive methodology that searches for commonalities and connections to broader historical trends and problems while at the same time incorporating divergent and potentially competing views about the nature of history, culture and development.