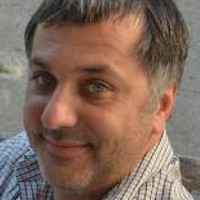 Innateness and human nature
In popular discussions about human psychology we often distinguish “innate” from “learned” traits. Or, we might refer to some behaviours as a part of “human nature,” while others are due to “culture” or “nurture.” Stefan Linquist's research begins with the claim ...

Innateness and human nature
In popular discussions about human psychology we often distinguish “innate” from “learned” traits. Or, we might refer to some behaviours as a part of “human nature,” while others are due to “culture” or “nurture.” Stefan Linquist's research begins with the claim that these distinctions make no sense from a biological perspective. All traits are the product of an interaction among genetic and environmental factors, and there is no way to identify one trait as more or less “innate” than some other.

This raises the question of why these concepts persist, even though they lack scientific credibility. Linquist argues that the concepts of innateness and human nature are hangovers from a pre-Darwinian “folk” biology. At the same time, contemporary biology provides more precise concepts for describing traits, for example, as species-typical, favored by selection, or environmentally buffered. The outdated categories of "innate" vs. "learned" should be abandoned in favor of these more precise terms.

The values of biodiversity
Most of us take it for granted that biodiversity ought to be conserved either because it provides some benefit to humans or because it has intrinsic moral or aesthetic value. In our recent book, Defending Biodiversity Linquist's co-authors and himself examine several of the most common arguments in defense of these claims. They find that these arguments provide strong reasons for conservation of particular species or in certain situations, but that there is no good argument for conserving biodiversity across the board.

Junk DNA
The concept of Junk DNA has undergone several changes in meaning since the term was coined in the early 1970's. Today, we sometimes find biologists disagreeing over whether some category of non-coding genetic element is "truly junk" or "actually functional.". In extreme cases, some researchers go so far as to claim that there is no such thing as junk DNA- that everything in the genome is (in some sense) functional. His research looks at the various different meanings that biologists assign to such claims. He argues that there is a tendency to play fast and loose with the definition of “junk DNA.” Researchers sometimes rely on vague or convenient definitions of "junk DNA" in an apparent attempt to exaggerate the significance of their findings.

Cultural evolution (especially cultures of honor)
Is it possible to view culture as a thing that evolves? If so, should culture be regarded as an evolving system in its own right, autonomous from human biology? Or, is it more accurate to view culture as something that co-evolves with biological organisms? Linquist argues that the “correct” approach to cultural evolution depends on the kind of phenomenon one is interested in. Some cultural systems can be viewed as autonomous, others are better understood in the context of social groups or biological individuals. Much of his work on cultural evolution investigates the Culture of Honor Hypothesis. This hypothesis claims that cultures vary in their attitudes towards insult and aggression. For example, males are more violent and sensitive in the American South compared to the North. These differences are arguably the product of divergent trajectories in cultural evolution.