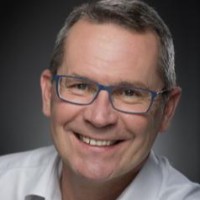 Soybean Breeding & Genetics: We are involved in breeding soybeans to develop new high-yielding, high quality and disease resistant varieties for the short- and medium-season soybean growing areas of Canada. Most varieties developed in this program are rated within the range of 2400 to 2900 crop h...

Soybean Breeding & Genetics: We are involved in breeding soybeans to develop new high-yielding, high quality and disease resistant varieties for the short- and medium-season soybean growing areas of Canada. Most varieties developed in this program are rated within the range of 2400 to 2900 crop heat units (CHU), or relative maturity groups 000 to I (USDA classification). They are grown primarily in Ontario but also in Quebec, southern Manitoba and some European countries.

In support of the breeding program, research is conducted in two main focal areas of interest: (1) soybean seed quality traits in relation to developing value-added products for niche markets (output traits) and, (2) the genetics of soybean disease resistance.

Soybean Seed Quality: Although considered one of the healthiest vegetable oils, the soybean oil is not perfect due to its relatively high percentage of undesirable saturated fat (i.e., palmitic acid) associated with LDL cholesterol and heart disease, and a significant level of polyunsaturated linolenic acid causing rancidity problems. We are using modern tools of genetic research, such as molecular marker technology to understand the inheritance and interaction among genes and alleles controlling oil quality traits, i.e., fatty acid profile. The ultimate goal is to develop soybean varieties with healthier and more stable oil for various food and industrial applications. Recently, soybean seeds have been identified also as one of the most beneficial foods to health of both men and women. Seed compounds such as protein and isoflavones have been shown to have significant effects on reducing the incidence and severity of such serious health conditions as heart disease, osteoporosis, prostate and breast cancer, and others. With the help of molecular markers, we are involved in studying the genetic basis underlying accumulation of isoflavones and other nutraceutical compounds in soybean seeds. One of our goals is to be able to manipulate soybean seed composition for various functional (or healthy) food applications. Since seed quality traits tend to be quantitative in nature, we are using the quantitative trait loci (QTL) mapping approach to identify genomic regions associated with such traits.

Soybean Disease Resistance: Soybean production is affected by a number of pests and diseases that may cause significant reduction in seed yield and, thereby, profits to the producer. One of the most effective ways of combating plant diseases is through identification and incorporation of disease resistance genes into adapted soybean varieties. We are working collaboratively with plant pathologists to identify new sources of resistance genes in the cultivated soybean, Glycine max (L.) Merr., as well as in its wild progenitor, Glycine soja Siebold & Zucc. The diseases studied include: (1) Sclerotinia stem rot (white mould) caused by Sclerotinium sclerotiorum; (2) Phytophthora rot caused by Phytophthora sojae; (3) Rhizoctonia root rot caused by Rhizoctonia solani and, (4) the most damaging one, soybean cyst nematode (SCN) caused by Heterodera glycines. By identifying both the quantitative and qualitative genes associated with resistance or field tolerance to these diseases in Ontario, we hope to contribute to their control resulting in a more profitable and stable soybean production. As with seed quality traits, molecular markers are used to facilitate the discovery and utilization of novel disease resistance genes.