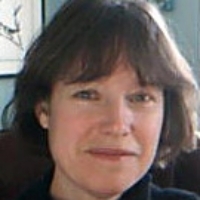 Her research centres on an ongoing interdisciplinary collaborative research endeavor—the Orlando Project (www.ualberta.ca/orlando), which published its flagship literary historical textbase online with Cambridge University Press in 2006 (orlando.cambridge.org) and continues to innovate in the pro...

Her research centres on an ongoing interdisciplinary collaborative research endeavor—the Orlando Project (www.ualberta.ca/orlando), which published its flagship literary historical textbase online with Cambridge University Press in 2006 (orlando.cambridge.org) and continues to innovate in the production of advanced tools for feminist literary research. Scholarly reviews have heralded the textbase as setting a new standard both in its scholarly area and in its digital delivery. This research has received funding from the Social Sciences and Humanities Research Council of Canada’s Major Collaborative Research Initiatives, Standard Research Grants, and Image, Text, Sound Technology programs, and from the Canadian Foundation for Innovation.

With the co-editors of Orlando, Patricia Clements and Isobel Grundy, she received the Society for Digital Humanities/ Société pour l'étude des médias interactifs Outstanding Achievement Award in 2006 for the leadership of a project of “international significance” that is “an impressive example of a project experimenting with computing in the context of meaningful humanities inquiry and the site for training for graduate students in digital scholarship.” The Orlando team was awarded the 2008 T-REX (Text Analysis Developer’s Alliance Research Evaluation Exchange) Best New Tool Prize for development of its Degrees of Separation Tool which provides a means of exploring social networks in literary history.

She has taught courses ranging from second semester to graduate level, on topics ranging from Victorian poetry, industrial fiction, women’s writing, feminist literary history, gender and genre, generic change, the serial novel, and the female bildungsroman to the representation of sexual assault in feminist theory and fiction. She has supervised MA and PhD students on topics including hypertext, the gothic, the Victorian novel, the New Woman, detective fiction, Victorian fiction and imperialist discourse, and domestic assault in Victorian fiction. She received a University of Guelph Faculty Association Special Merit teaching award in 1999 for the use of digital methods in her teaching. In summer 2009 she co-taught a course in Digital Methods for Literary History at the Digital Humanities Summer Institute at the University of Victoria.

Since joining the University of Guelph in 1991, she has contributed to various aspects of university administration, including membership on the Senate Awards Committee and Board of Graduate Studies committee, and chairing on the College of Arts Awards Committee and the Senate Awards Editorial Subcommittee. She has served on numerous hiring and selection committees, participated actively in graduate and undergraduate curriculum development, and chaired the committee that proposed the joint doctoral program in English and Drama with Wilfrid Laurier University. She served on the Board of Governors from 2002-2005. She sat on the Portal Management Team and chaired its Evaluation subcommittee. She chaired the Visiting Speakers Committee in 2008. She has adjudicated for SSHRC, OGS, and internal scholarships and awards, as well as for the HASTAC MacArthur Foundation Digital Media and Learning Competition. She has served on the editorial boards of the Victorian Review, NINES (Networked Interface for Nineteenth-Century Electronic Scholarship), and the Poetess Archive.